On a cloudy spring day back in March 2010, I made my way along the Thames path near the Southbank Centre towards the Tate Modern. As I approached Blackfriars bridge I found my way blocked by a locked gate and a sign explaining that the path was closed due to the construction of the forthcoming new mainline rail station. As customary with such notices, there was an advisory map attached showing the detour via Stamford street. For a moment I stood to consider whether or not I could be bothered to walk around or if there was a possible, better alternative route. As I gazed out onto the river I noticed a distinct absence of water. The tide was out! Instinctively I began looking for some way of getting down onto to the bank below. As there was no visible access from my current viewpoint I turned around and headed back along the path. Within a few minutes I’d found an unlocked gate with steps leading down onto the shore. Elated at this small victory over the machinations of modernity, I bounced down the steps and landed on a mix of sand and stones. Instantly the clouds appeared to part. Yellow and blue filled my vision. Salty air filled my nostrils. Relief filled my bones. This was the first contact with a beach that has come to be a haven, an oasis of calm and reflection, a journey of constant discovery that has enriched and sustained me through the most difficult period, to a much improved time, over the last three years in London. At the time of this discovery I was living out west, suffering severe depression in Whitton, a place when mentioned to anyone, including those who had been raised in the City, brought the same expression of puzzlement,  ‘Where?!’

‘Brigadoon without the magic!’ I would reply. To say the least Whitton was hardly inspiring except to inspire the desire to escape it in the three long years I was to ‘dwell’ there. However this ‘new’ discovery would be the lifeline I needed. I do not exagerrate that in the very place I had once considered suicide, I was to find a renewed sense of purpose and reconnection to the World. Not just to this time but to the distant past and eventually hope of a future.

2 thoughts on “Pipe Dreams and other stories” 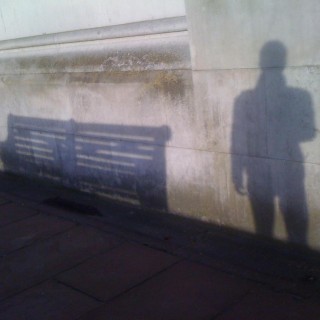